When you show up on a Sunday afternoon to practice on a field that you have reserved in a town where field space is limited, there is nothing more irritating than finding people playing on it when you get there. The hope always is that the folks out there will see a large team edging toward them and automatically realize without anyone having to say anything, that their time on the diamond is up. Then, niceties and small talk are exchanged as the coaches prepare and the girls load their bat bags into the dugout, and without any problems, practice commences.

This is how I felt on one particular Sunday when we got to the field to find a young girl standing on the pitching rubber, throwing pitches to an empty paint can that sat at home plate with 3-4 younger children, her siblings I imagined, mounding dirt and rocks and dragging trails on the infield with matchbox cars. She was around 13 years old, her form was terrible, the balls hit the backstop time and time again instead of the paint can which I assumed was her intended target, and she was throwing baseballs instead of softballs. As a travel team coach of girls this age, I can remember, shamefully, that my thoughts were arrogant and filled with annoyance and wonder, curious why this kid – with no talent or experience, was out there throwing baseballs at an empty paint can. After all, I was conditioned to recognize talent. I felt momentarily sorry for this kid that there was no adult there with her, no guidance, and no obvious sign that she had been coached at all. But I was doing enough, volunteering to coach a team of my own, this wasn’t really my responsibility. Was it?

As our team showed up, this girl, wearing tennis shoes and cut off jean shorts, gathered her stuff and her siblings and escaped off the field through the other dugout without a word. She carried off what was obviously a mans slowpitch aluminum bat, and her paint can of baseballs and perched herself on the slide at the playground so that her brother and sisters could play. And as she kept a watchful eye on her siblings, she kept an even more watchful eye on the 2 hour practice. At some point, she disappeared, and I didn’t think of her again until the following Sunday, when she was there at the field again throwing her baseballs to an empty paint can that sat silently at home plate. Again, she watched practice intently, and disappeared without a trace. My initial arrogance and annoyance (and yes, snobby judgment) soon faded to curiosity.

The following Sunday, I had already decided that if that girl was at the park, I would invite her to practice with our team. I had heard the girls on my team whispering about this girl when she left the field. I saw the parents in their fold up chairs eyeing her with pompous disdain, and even laughed when my assistant coach made jokes about adding her to our pitching roster. The reality is that travel ball, no matter how humbly you start out, often becomes a place where winning, and assembling the BEST players, begins to take over.  Just a few years ago, I was a rec ball coach who was concerned with only empowering the girls that paid their dues to play. And here I was, snubbing a 13 year old girl, forgetting that each and every girl on my team – started out in much the same way.

Throwing balls at a paint can.

The difference, was the girls on my team had supportive families, willing to spend time and money to keep their daughters dream alive.

To the disappointment of my team, the girl was there again at the field. And I invited her to practice. She missed more balls than she fielded. She struck out against live arm pitching. But she also tried harder than anyone on my team. She shagged balls in the outfield without being asked. She never whined for a water break even though it was 91 degrees.  Everything I said to her, she responded to with “yes sir.” She slid into second base wearing cut off jean shorts and tennis shoes scraping up her legs without a complaint. She said nothing to the other girls on the team and they said nothing to her, a said reminder of just how ‘snobby and elite’ we had become, and she had no one behind the fences cheering her on or scolding her for being lazy. She smiled nearly the entire duration of practice and when it was over, she disappeared without a trace. All she had told me was that her name was Jackie. And all I could think about was the fact that Jackie had heart, that she had something to teach me, and my team, and that perhaps, along the competitive way, I had lost my focus about what was really important.

Heck, truth is, that may not have even been what she wanted – to play softball on a team, but that kid sure did have heart. She had something that most girls start out with, and then lose along the way. She was grateful. And eager. And motivated. And she was innocently thrilled to be on the field, like a sponge soaking up the experience with no expectations, a humble heart and grateful spirit. She wasn’t the least bit worried or concerned about brand name bats, didn’t make excuses because she was wearing tennis shoes instead of cleats, and had nothing but a paint can to carry what little stuff she had in. A paint can and a big heart……….

Stay tuned, Jackie’s story will continue tomorrow. How will it end? Probably not as you expect. 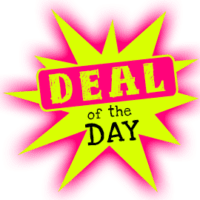