5 Things You Should NEVER Say to Your Fastpitch Pitcher

Listen. For those of you basking in the glory of softball under the age of 12, we say ENJOY! Seriously….enjoy. You may read this, and think it will never happen to you. You may even sigh and think “What kind of spoiled brats are these parents, raising, my daughter would never act that way?”

And well, the sad truth is we are raising female hormonal teenage brats, and despite our best efforts to do everything right, the reality is that parents today become just “big league” (if we may borrow a phrase from Trump) STUPID when kids hit that age…

So. Enjoy the lap sitting, the always coming to you for everything, the smiles, the giggles, the enthusiasm, the asking for your help, and all the other things our little girls do and are when they are little. Because one day, you will join our club.

And if your daughter is a pitcher, you may want to refer to this little ‘handbook’ during games.

Following are a rudimentary, by all means not complete list of the certain ‘things’ or ‘phrases’ or ‘words’ that you may feel compelled to blurt out while watching your beloved pitch. But from experience, and from feedback from the pitchers themselves – these are all forbidden. (Unless of course you want to ruin her entire day and be held responsible for everything that goes wrong)

1, “Come on baby, Throw a strike!” Yeah…. So……Apparently, this is the absolute dumbest, most ridiculous thing a parent/coach/sideline watcher/stranger/teammate etc. could ever say to a pitcher when shes on the mound. Why?Because duh, what the heck do you think she’s out there trying to do? Throw balls? If she actually hears you say it when she is not throwing strikes, you can pretty much bet your rolling cart that it won’t make her throw a strike. (And that will be your fault!)

2. “Hit your spots!” If they hear this, the only spot they want to hit is the one between your eyes. And look, I know for a fact my husband didn’t spend 100 hours in pitching lessons (not to mention a crap ton of money) to watch my kid throw balls into the backstop or the dirt – but apparently they think a) we have no idea what the spots are, b) we are embarrassing them when we speak c) they don’t need reminders.

The part-time psychologist thing is on this above shirt for a REASON!

3. “I know for a fact that we didn’t spend 100 hours in pitching lessons (not to mention a crap ton of money) to watch you balls into the backstop or the dirt!” (Yeah, so apparently this is uncool to mention too)

4.  “Shake it off honey! You’re GOOD. Nothing HURT!” Saying this only implies that they are not good, and that not only do THEY realize they are having a bad day, they also now think that everyone in the entire United States knows because you are taking pity on them and trying to be supportive. (Which will only make them pitch worse, and yep…you guessed it – make you responsible for their bad day!)

5.  Ok. Listen closely. Now, this one is important. You cannot say anything, and we mean anything – that their pitching coach tells them during lessons. Don’t try to get all technical on them, don’t try to analyze their hips, or their release, or their toe position (because ya know even though you have sat through all those lessons and even catch the turd, you really don’t know anything about pitching!) DO NOT repeat anything you have heard the pitching coach say during lessons that suddenly and magically enables them to tweak and correct any little mistake they are making just by the utterance of the sheer words.

If YOU say them, it won’t work. It will make things worse. It will be all your fault that they stunk it up. We promise! It will just irritate them. And they will think you sound foolish, and they may roll their eyes – and then my friends….you may threaten to never take them to pitching lessons again, or blurt out #3 because your feelings are hurt and you really are just trying to help and you won’t believe how awful, and rude, your daughter behaved after her crappy game.

And there you have it! Buy a bag of blow-pops, and just keep everything inside your head. Even if she asks what she is doing wrong, she really doesn’t want you to answer honestly…she wants you to tell her it was the catcher or the umpires or the person calling the pitches fault. Just suck that blow pop till you get to the gum!

(Y’all – we MADE this shirt for a REASON TOO!!!) Great HOLIDAY presents!) 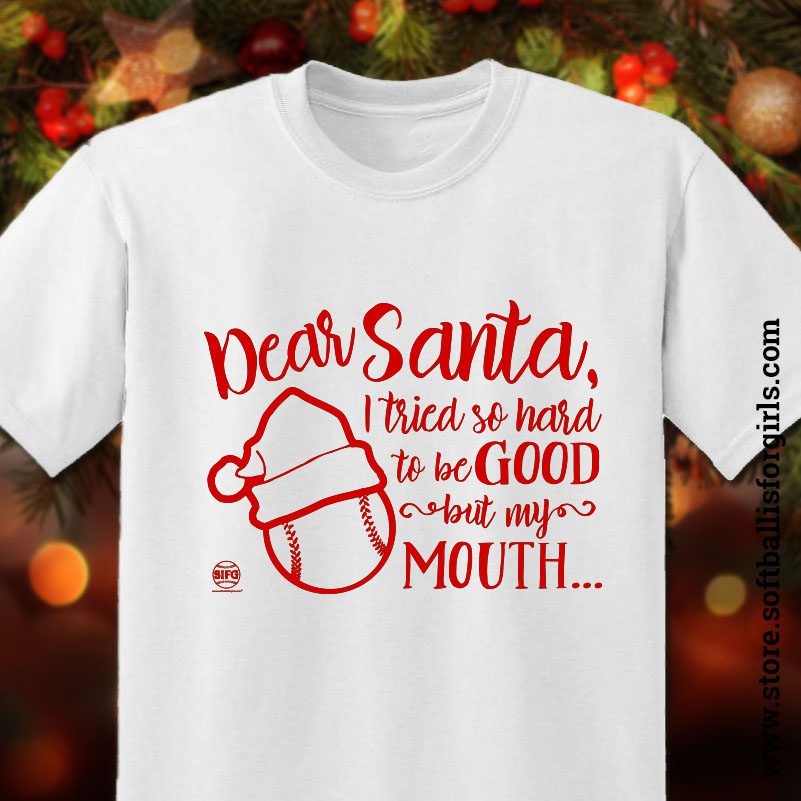