I grew up on the Softball Field...My parents were always there too, cheering me on and raising their red solo cups to say CHEERS!

When I turned 15 and got my learners license, it was such an exciting day for my mom and dad. Oh, boy....that meant that I could now drive them home from MY tournaments and they wouldn't have to cut off the 'festivities' quite as early as before, or at all. Not gonna lie, it kinda sucked.

I was one of the lucky ones that had a softball team where everyone got along, everyone actually seemed to like each other. When we took trips the parents all hung out together late into the evening, as we kids swam in the pool. So basically MY SOFTBALL team turned into a party for the parents. 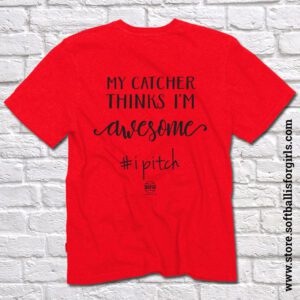 I am not naive. I realize that adults consume alcohol. I know that on any given Saturday, there is absolutely no one who knows for sure what other folks have in their Yetis. And, if they were to check, they would probably find lots of adult beverages. I get it, I have kids of my own now who plays sports, so I understand the 'every Saturday at some ballpark soaking up a full day of my weekend after a long week at work'. I get that.

Even so, it was always disappointing to watch my drunk dad and mom sipping cocktails on the sidelines. It always gave me anxiety, worried about what they might say when the alcohol made their tongues a little loose. It frustrated me that my very best friend in the world, wasn't allowed to go eat dinner with me during breaks because her parents knew mine were tipsy, and rightfully so - didn't want her in the car with them.

As the day would go on, I sometimes felt like I was the adult - and felt the need to monitor and check on them to make sure they didn't offend my coach or an umpire, or start trouble with another team by saying something sarcastic.

I also experienced quite a bit of stress as the party parents would exit the ballfield together during tournaments to tailgate in the parking lot together. 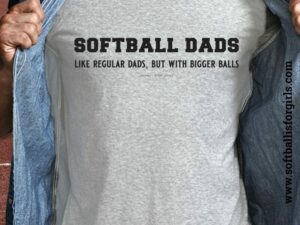 One evening, my dad and another were escorted out of the ballfield by the director because they were laughing and heckling umpires. My mom fell asleep in her chair one early afternoon after partaking in another parents jungle juice, and it was obvious she wasn't asleep because she was 'tired.'

Our beach trips and distance tournaments were not fun. For me. One time, after getting upset about the poolside partying, I was told affirmatively that "IT WAS THEIR VACATION, TOO!" And, I get that - even back then, but waking them up for the 7am game the next day was a nightmare. I began to feel around the age of 13, that MY weekends were actually THEIR weekends. While they had an amazing time hanging out with their beer buddies, I was experiencing a lot of stress, worrying about them.

Two weeks ago, I sat at my sons baseball tournament. We are new to the team, and I was just getting to know the other parents and players. Lo and behold, I had set up my outdoor camp for the day just to the right of the party parents. I wanted to say something, but instead just sat. I relived my days at the ballfield, listening to the slur of their words get rougher as the day went on. Listening to the volume of decency to be slowly turned up, until the pitchers parent from the other team, got to hear exactly what they thought of him. I saw their kids come for snacks and waters, the looks of their faces getting more frustrated as the day went on. Eventually, they just stopped coming. The giggles, and burps and tripping over tree roots, spilling red solo cups and pretending to hide the Rum as it is poured into the coke...it just gets to be too much.

Look, do what you want - grown ups consume alcohol. Grown ups should enjoy the festivities of the day at the ballpark, watching their kids play the games they love. Parents work hard to get the kids there and they should have fun. But at some point, I can assure you that your kid may quit because they are embarrassed of you. I did. And I loved the game more than anything in the world, but I had enough. Plus, you are an example when you are out there. Be a good one.

Like Loading...
← Softball Coach Speak 101 – Softball is For GirlsWhen Karen, Emily & Stan are PISSED|Softball Is For Girls →